We are a full service printer of commercial printing and pressure sensitive labels.
We produce a wide array of products for companies with printing needs in every industry.

The M. Rosenthal Company was founded in 1888 and originally provided letterpress printing and special die cutting for businesses in Cincinnati and its growing suburbs. A partnership of investors owned the company in 1944 when Ed Etter returned from the service to join the nearly defunct operation. He was soon made foreman and after demonstrating his vision and leadership was promoted to general manager. Not long after this promotion, Ed became a partner himself. As a result of his leadership, the company established the standard of service and quality that has built and maintained the business to this day.

Ed has always been dedicated to his customers, and this has been evident in his desire to grow with them and provide the services that they need. Shortly after becoming general manager, he added offset printing to the letterpress shop, for example, “Because the customers wanted it.” In 1976, the healthy and successful offset and letterpress company again responded to its market by entering the growing pressure sensitive label business, with the purchase of a six-color Mark Andy flexo press.

Ed Etter III, who joined his father in the early 1970’s, rose to the position of general manager, following Ed II’s decision to become a consultant in 1990. Under Eddie III’s leadership the company has continued to maintain its strong position in the industry by keeping its equipment up to date and well maintained. In 1992, the company expanded again when it moved from its 17,500 sq. ft. building to a modern 30,000 sq. ft. building. The new offices and plant were built for durability and growth, and the company is positioned to do just that. The company has experienced steady growth by maintaining traditional standards of quality and service, while offering innovations that customers expect. 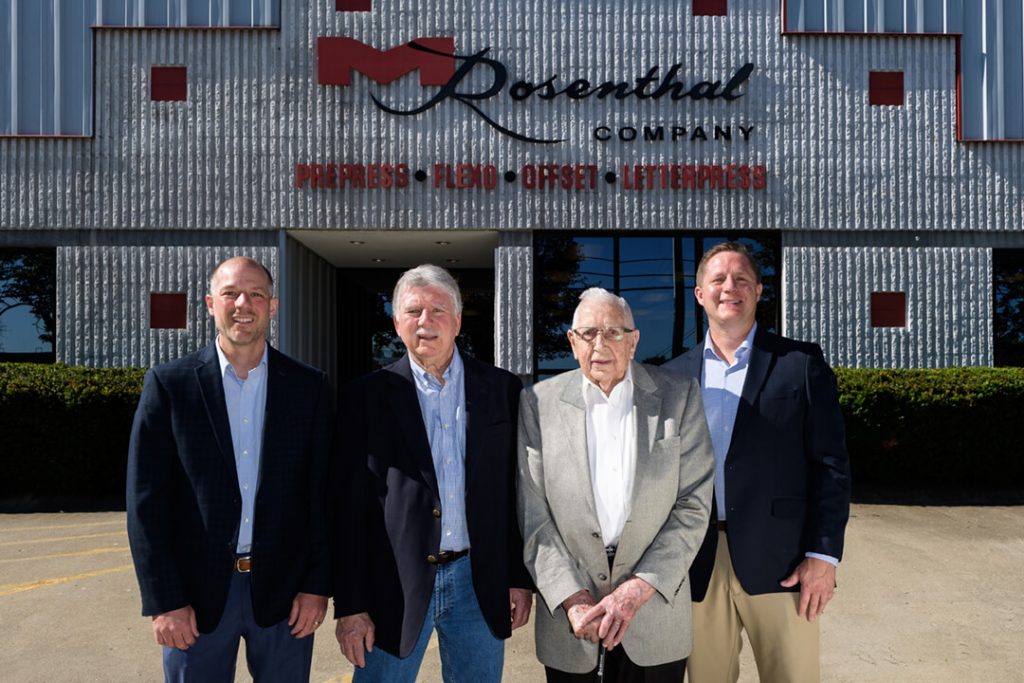 Three generations of experienced leadership under one roof 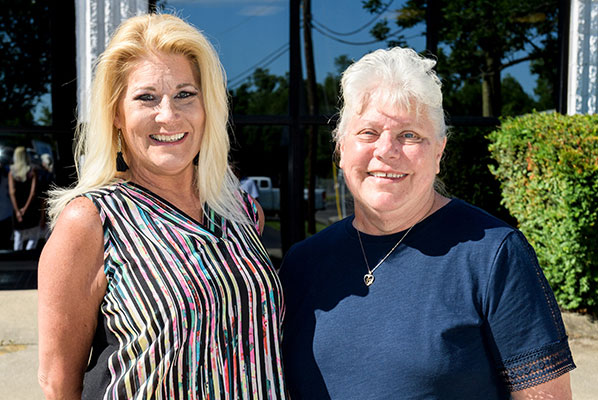 WHAT WE DO AND WHO WE SERVE

For over one hundred years, the M. Rosenthal Company has provided high quality commercial and label printing along with responsive service to companies in the Tri-State area and throughout the Midwest. We have built a strong reputation as one of Cincinnati, Ohio’s finest and most dependable printing companies.

Our customers include manufacturers, food processors, banks, insurance companies, suppliers to the automobile industry, and many other small to large companies.

Our experienced staff will listen to you and work with you to quickly and accurately provide practical alternatives for your special needs. We’ll help you to make your decisions faster, easier and worry-free.

We’ve been in business since 1888 and have built trusting relationships with our customers. We will offer suggestions that will help you stay within budget while not compromising your objective. We can help you with your toughest tasks.

Most everything we need to produce your printed piece is done right here in our shop. Our art department and plate making are right here along with our production equipment.

We adjust quickly and cost effectively to meet your needs. Our diverse equipment and capabilities allow us to respond with solutions to meet your delivery and pricing needs. Shipping, delivery, packing, billing, and any other requirement can be tailored to fit your unique circumstances.